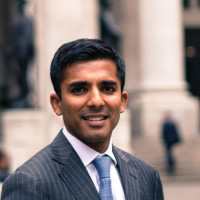 Uday Garg is the founder of Mandala Capital and has since 2008 been exclusively focused on investments in the food value chain. Prior to Mandala Capital, he worked at Altima Partners focusing on private investments in global Emerging Markets across sectors (including agribusiness). He began his career in the Investment Banking division of Deutsche Bank (New York), followed by Portfolio Manager roles at Amaranth Advisors (Connecticut) and Duet Group (London).The inspiration behind food and agriculture as sector focus stems from the influence of Mr. Garg’s late grandfather, Mr. B.R .Barwale, who founded Mahyco, India’s leading Seed Company, in 1964. Uday Garg holds a B.S. in Economics from the Wharton School of the University of Pennsylvania, with Concentration in Finance.