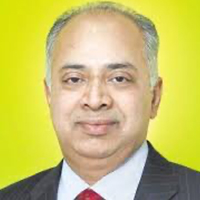 Manoj Kumar Nambiar has over 32 years of working experience and is the currently with the Aavishkaar Group as the Managing Director of Arohan Financial Services Limited – the 6th largest NBFC MFI active in the 11 low income states of central, east & north east part of India. He started his working career with Modi Xerox in 1988 and then moved into consumer financial services with GE Countrywide in 1995, retail banking with ANZ Grindlays in 1997 and retail assets & business development with ABN Amro Bank NV India in 2000. He moved as Head Retail Banking of National Bank of Oman in 2002 looking after Oman, UAE & Egypt. Post that, he worked as the Chief Operating Officer of the Alhamrani – Nissan Finance company, KSA in 2004 and returned to Oman as the Dy CEO of Ahli Bank SAOG in 2008. He returned to India in Jun’10 as MD & CEO of Intellecash Microfinance Network Company (P) Limited (an Intellecap Group company) in the business of incubating & capacity building of MFI’s. In Sep’12, using the parent Intellecap’s structuring skills & backed by Aavishkaar Goodwell, IntelleCash acquired a 56% controlling stake in Arohan. He is a mechanical engineer by graduation from VJTI in 1986, an MBA in Marketing by Post Graduation from JBIMS in 1988, both from Mumbai University and has tertiary qualifications in insurance from III. He completed the “Strategic Leadership in Microfinance” course from the Harvard Business School, Boston, US in Apr’13 & “Strategy meets leadership” course from INSEAD, France in Aug’19. He is a director on the boards of Arohan, Aavishkaar & Tribetech & Vice Chair of the Group Executive Council at Aavishkaar Group. He has been on the governing board of Micro Finance Institutions Network (MFIN),the microfinance sector Self Regulatory Organisation from 2013. He served as the President of the MFIN in 2015 & 2019 and is also the current Chair of the Governing Board.

You have Successfully Subscribed!