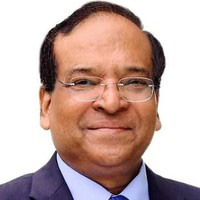 Dhanendra Kumar is a veteran IAS officer, of 1968 batch. He served as the First Chairman of the Competition Commission of India during its initial formative years. Earlier, he was India’s Executive Director in the World Bank in Washington DC and Secretary in several key Ministries, including Defense Production, Roads and Highways and Culture and was responsible for several major policy initiatives. As Additional Secretary in Ministry of Telecom, he was closely associated with telecom liberalization and explosion of cellular telephony and internet. He also worked as India’s Resident Director in London of India Investment Centre under the Ministry of Finance to promote investments and JVs. He belongs to Haryana Cadre and served among other positions as Principal Secretary to Chief Minister and Chairman HSIDC and credited with industrial development, including Udyog Vihar and Manesar.